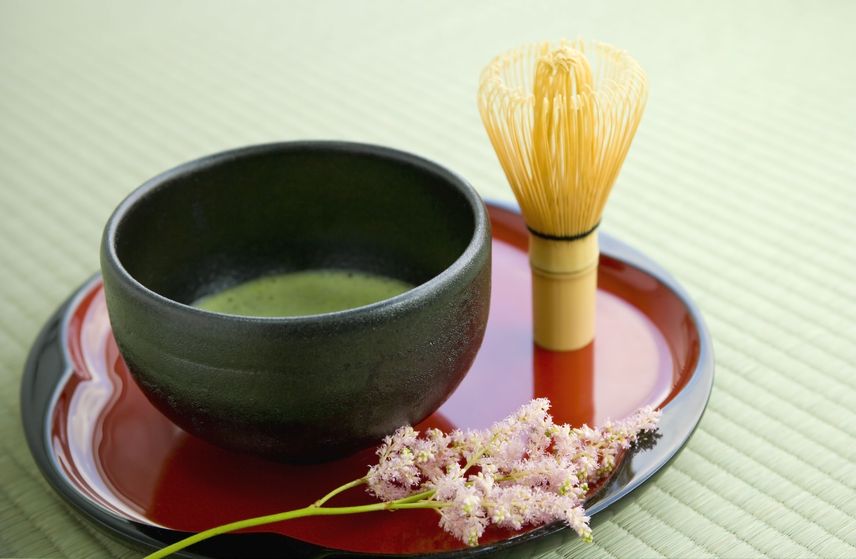 Whether you are brewing Japanese tea for the first time, or are a seasoned drinker, this article is aimed towards helping you better understand some key concepts and methods behind producing delicious and relaxing Japanese tea. From my own personal experiences, I will share how water temperature, type of water used, and how pouring water into another pot before serving can affect the taste. I will also share a few tips to getting the most out of your experience!

Packages of Japanese tea often come with very strict brewing guidelines. For example, a pack of sencha may include instructions along the lines of: Use 2g of tealeaf per 100cc of hot water; the temperature of the hot water should be 176°F (80°C), and you should steep the tea for 1 minute.

Although a great way to start learning, following such static instructions can often feel rather artificial. By carefully weighing precise quantities on a scale, using a thermometer to measure the exact temperature and a timer to measure the steeping duration, you may feel more as if you were conducting a scientific experiment than brewing tea!

Tea should offer relaxing and refreshing relief from the busyness of work and everyday life; however, following such a rigid set of guidelines can often take away this feeling.

When I first started drinking Japanese green tea over 13 years ago, I had similar doubts and frustrations, and began ignoring the package instructions. I made plenty of ‘mistakes’ which only later did I learn as being incorrect practice. Despite not knowing right from wrong, the open nature of the practice itself became an enjoyable experience, regardless of the result.

Of course, there are practices that after knowing better, I wouldn’t return to in a hurry. An example being, the first tea-pot I bought was a pure iron kettle, not of the kind that is enameled inside. As it contained a strainer, I inserted the sencha tealeaf directly into the kettle, and poured hot water over the top.

Only later did I learn that iron kettles in Japan were only used to boil water, and were not suited for the preparation of tea at all. When green tea is infused in a pure iron kettle, the iron of the kettle interacts with the catechins in the tea and causes the brew to turn dark brown or even black due to oxidation. At the time I did wonder why my tea was gradually turning darker, but didn’t really put much thought into it. I also made the mistake of rushing the boiling water from my electric kettle over the tealeaf, pouring it right after it had boiled rather than letting it cool down.

Regardless of my mistakes, I still enjoyed every rewarding aspect of making and drinking the tea. My focus at the time, and still a strong conviction of mine is that the most important factor of drinking tea is to take time, sit back, take a breath and relax.

Nevertheless, I don’t want you to make the same mistakes as me, and by taking just a few simple things into account early on, you can instantly enhance your overall tea experience. The following practices are great for getting started, and can be shaped to your preferences.

Use Hotter Water for Bitter Tea

If you infuse green tea with boiling hot water, it can often turn out rather bitter. This can be avoided by cooling the water down slightly before pouring it on the tea. It is generally accepted that catechins (components with a bitter flavor) are released at temperatures over 176°F (80℃). Under 176°F (80℃) these components are hardly extracted. On the contrary, amino acids (components with a sweet flavor) are released even under 176°F (80℃), so cooling the water under that temperature results in a sweeter brew.

By understanding such rules, you can enjoy better control over creating your desired taste.

Another example, if you wish to enjoy the lush sweetness of gyokuro, you may want to cool down the water even further to 122°F (50℃) or 140°F (60℃). At cooler temperatures, the flavor will release more slowly, and therefore requires the tea to be steeped for longer.

While this may hold true for flavor, if you have a strong aromatic tea such as a naturally grown organic product, the aroma won’t be able to release unless you brew it hotter. Therefore, you may choose to use a shorter steeping duration with boiling hot water in order to obtain a strong aroma, and simultaneously limit the amount of bitterness released.

How do you know if your water has sufficiently cooled down? When you use an earthenware container or cup, see if you can touch the outside of the container. If you can hold it with your bare hands, then the temperature should be just right. If this is too much to deal with, you can also look for teas that can be brewed with hot water instead. Feel free to ask me for advice or details on this.

When I began drinking Japanese tea, not only did I chose the wrong teapot, but the water too. These two mistakes combined resulted in a pitch-black tea which was very poor in flavor also.

The water in Europe is known to contain large amounts of chalk and minerals, and is generally considered as ‘hard’ water. This means the flavor components of tea cannot be properly released, meaning you miss out on a lot of the flavor.

If you use tap water, use a filter to separate the chalk and minerals before boiling for tea. Otherwise I recommend looking for ‘soft’ bottled water with a dry-rest preferably under 60 mg/l.

In addition, to avoid making the same mistake as me, either use an enameled iron kettle, or choose a clay teapot to brew your tea for a much better flavor and all-round result.

Even out the Tea Concentration

As the tealeaf settles in the bottom of the teapot during steeping, the liquid becomes stronger in the surrounding areas to the leaf, and weaker near the top. This makes for an uneven distribution in the tea’s concentration as you pour it into different cups. To avoid this, mix the brew together in a separate container, whether that be another teapot, glass pitcher or even a jug.

This will even out the brew and enable you to serve an evenly delicious cup of tea to everyone. Some people suggest to alternately pour a little in the first, the second, the third cup, and then make your way back to the first for an even division. Although this may help with maintaining the temperature of the tea, I prefer transferring it to another container simply because it is easier to ensure a consistency. To prevent the tea from cooling down too much, you can even heat the container and cups before transferring the brew.

Understanding these methods will help you brew better tea, and make your adventure with Japanese tea much more relaxing and enjoyable. As you experiment with different teas and approaches to brewing, you will make plenty of discoveries on your own, and eventually develop a personal preference and unique approach to Japanese tea.