Warning: "continue" targeting switch is equivalent to "break". Did you mean to use "continue 2"? in /home/bokan/artofjapanesetea.com/public_html/wp-content/plugins/jetpack/modules/infinite-scroll/infinity.php on line 155
 Everything You Need to Know about Japanese Incense - Art of Japanese Tea
Skip to content 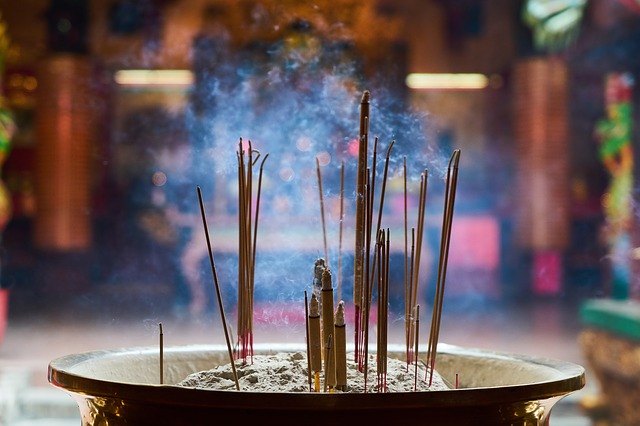 We have all heard of Contemporary Japan’s mass cultural phenomena of karaoke, manga, and pachinko, which have all achieved global popularity. Originating in post-war Japan, these pastimes continue to make a significant cultural impact around the world.

Despite their huge successes, they are not in the same league as Old Japan’s cultural arts of kōdō (way of fragrance), sadō (way of tea, or chanoyu), and kadō (way of flowers, or ikebana), which the world has also embraced. If you study the history of kōdō, sadō, and kadō, there are similarities in how they reached their height of popularity in Old Japan, albeit in a more Zen restrained way when compared with the colourful karaoke, manga, and pachinko of today.

We make this comparison as these activities may seem simple and trivial, but when taken to a different level, and the Japanese are expert at this, it can become an art form worthy of UNESCO’s Intangible Cultural Heritage listing. And in years to come, who knows the good old karaoke may become such a treasure! Read on to discover how kōdō took a firm foothold in Japanese society.

The common element in Old Japan’s kōdō, and sometimes in sadō and kadō, is the presence of incense. Incense are used during the ceremony where fragrant scents play an important role in creating the atmosphere. The essences later became incorporated as an important aspect of Japanese culture in their own right. Apart from religious use, in contemporary Japan incense is enjoyed daily at home and office for relaxation, meditation, or to simply infuse the room with fresh scents.

So What Is Kōdō?

When Buddhism was brought to Japan, incense traditionally used in religious ceremonies came with it. The use of aromas spilled over into the secular during the Heian Period (794-1185) and won favours among the nobilities. It is also during this period that tea ceremony, and flower arrangement became popular with the aristocrats.

Kōdō or ‘the way of fragrance’ (the word kō means “fragrance” and in the context of kōdō can be translated to mean “incense” and the word dō means “way”). It is one of the lesser known Japanese arts when compared with sadō and kadō.

It was only towards the end of the 16th century that kōdō attained ceremonial status. Just like sadō and kadō, kōdō is highly ritualistic and disciplined. It takes at least 30 years to become a kōdō master—the longest of any of the Japanese ancient arts.

In a kōdō ceremony, the fragrant wood is not burnt but heated through a mica plate placed on top of smouldering coals, releasing the fragrance in a subtle way. This is similar to aromatherapy where a heated diffuser is used to release the fragrance of the essential oil.

Kōdō is an art of mastering the nasal senses. Participants will gather in a room and take turns to guess the fragrance. To the uninitiated this is like a game, but to a kōdō practitioner this is a serious and delicate matter that take years to master.

The refined art of incense became known to the rest of the world only after the Chicago World Fair in 1893, and later resulted in growing interest in Zen Buddhism and Japanese incense.

Introduced over 600 years ago by the Zen master Ikkyu, the ‘10 Virtues of Kō’ listing the physical and psychological benefits of using incense, are still relevant today. These spirits are:

Incense Brings Communication with the Transcendent

In the religious practice of communication with the divine, the smoke and scent from incense burning are considered as carrying one’s supplication to heavens.

Incense Purifies the Mind and Body

Several scientific studies show that smell affects the psychological and emotional senses, a notion that is strongly maintained in kōdō where incense burning is believed to benefit the mind and body.

The natural ingredients used in Japanese incense not only purify and neutralize odours but also lifts up our spirit and removes negative thoughts.

Sandalwood, agarwood, cinnamon, and spikenard are some of the pure ingredients that calm and clear the mind, and help promote mental clarity and concentration.

The natural ingredients of sandalwood, agarwood, clove, Borneo camphor, star anise, benzoin, and cinnamon are all known to assist in calming the mind, bring pleasant memories, and aid in meditation. These calming effects on the mind help ease feeling of loneliness and depression.

Incense Creates a Feeling of Harmony Even Under Stress

The simple act of lighting the incense stick and enjoying the soft fragrance creates a healing feeling that reduces and calms anxiety.

Even In Abundance, It Is Not Overwhelming

Fragrances are so abundant in our environment that our brain is designed to link these scents to emotion and memories. Incense has the same effect and one never tires in trying all.

When There Is Little, Still One Is Satisfied

Even the small stick of the high-quality Japanese incense can fill the room with luxurious fragrance.

Age Does Not Change Its Efficacy

The best thing about high quality natural aromas is the lasting fragrance that improves with age.

Used Every Day, It Does No Harm

With a rich history in incense, it is no surprise that Japanese perfumes are often found in solid or powder form and not in liquid form. Unlike Chinese, Korean and Indian incense, Japanese incense is more subtle, consistent, and delicate. For this reason, if you are new to using aroma, then Japanese incense are sophisticated, pleasant, and a great choice for you.

Japan’s major incense manufacturers are very creative and produce incense for religious ceremonies, and also blend other natural ingredients to give green tea, cinnamon, rose, vanilla, and other novel scents.

One such manufacturer is Shoyeido who has over 300 years’ experience as incense designer and producer. Shoyeido’s hand-blended incenses are made from the finest natural ingredients and considered the highest quality in the world, and available as blended incense and as pure scent of a single-note fragrance.

One of their popular blended incense is ‘Nokiba—Moss Garden’ a blend of sandalwood, patchouli, and benzoin for a mild scent that smells like plum flowers blooming by the windows. You can try this Shoyeido incense anytime and with its level of refinement, it is also ideal for special occasions.

One authentic seller of Shoyeido incense is Sazen, that also carries superior quality Japanese tea. In addition to the Nokiba series, you will find other blended or single-note fragrance ideal as a personal gift or to simply inspire and elevate the mood. See how incense can revitalize your surroundings.