Warning: "continue" targeting switch is equivalent to "break". Did you mean to use "continue 2"? in /home/bokan/artofjapanesetea.com/public_html/wp-content/plugins/jetpack/modules/infinite-scroll/infinity.php on line 155
 Chawan: An Intro to the Gracefully Simplistic Japanese Tea Bowl - Art of Japanese Tea
Skip to content 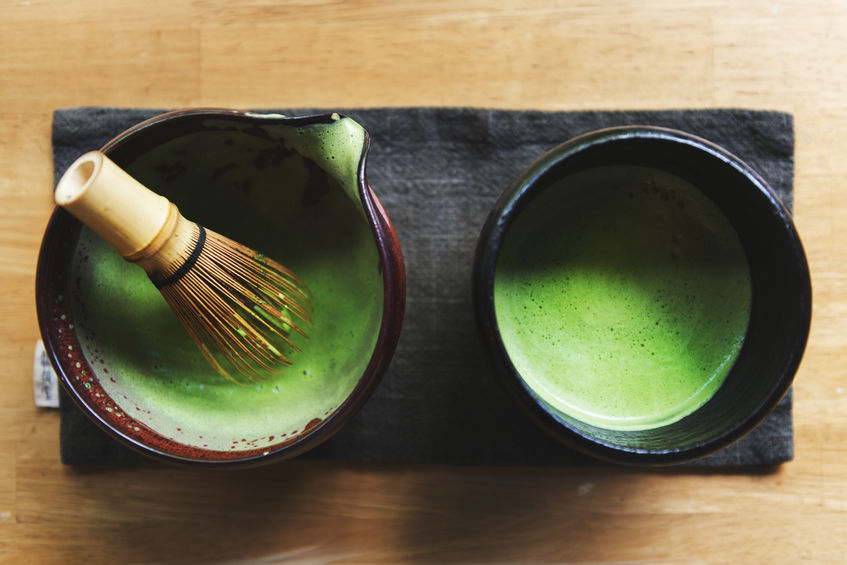 Drinking tea straight from a teapot is not generally considered a dignified thing to do. Instead, most humans use cups and bowls, and the highly formal Japanese tea ceremony, or cha no yu (茶の湯) is no exception. The bowls used are called chawan (茶碗), and are arguably the centrepiece of the tea ceremony as far as utensils are concerned. From this the guests take their first, highly ritualised, sip of tea, before admiring it and passing it to the next person. As a result of this, chawan can be some of the most expensive tea ceremony utensils, but are accordingly some of the most admired and thoughtfully designed.

Chawan are furthermore distinct from yunomi, tea cups for everyday use. While the latter tend to be tall with a small foot, chawan are often short and wide, with all manner of designs and sizes.
That said, to many these bowls can look plain or even a bit scruffy — glazing imperfections, finger marks, changes in texture or just a very simple design give this impression, but are in fact considered markers of quality when it comes to choosing chawan. To understand why, we need to look a little at the history of their design.

This history must begin with the history of tea — first brought to Japan from China around the 9th Century. This likely occurred when two monks, Kūkai and Saichō, were sent to China to study religion, and returned to Japan bearing tea seeds. The former was also the first to use the term cha no yu (茶の湯).

However, it would not be until the 12th Century that tea would become truly popular in Japan, with the return from China of another Japanese monk: Eisai. It was now that large-scale tea cultivation began in Japan, and tea began to be introduced to the samurai class, along with Zen Buddhism.

In both introductions of tea we have two similarities. The first is that tea was brought from China. Imitation and awareness of Chinese styles and practices continues for many centuries around the two periods. This affected not only which cultural practices were taken up but also how they were carried out. Especially in the Muromachi period (1336-1573), the Japanese style of artwork involved bright colours, gold leaf and general lavishness, compared to the restrained and monochromatic Chinese style of painting.

Second is the religious transmission of tea. Both times, tea seeds are brought back by monks who go on to found Buddhist sects, which are later taken up by the nobility of the day. Tea trickled down from monks to samurai and other lords and rulers, who would adapt it into a cultural as well as a religious practice.

Add these two together, and we come to the beginnings of the tea ceremony. Tea tasting competitions grew in popularity by the beginning of the Muromachi period, and were often glittering events full of drinking, food, dancing, and gold-plated utensils. Chinese imported bowls and other items were especially popular, and worked equally well to serve tea ‘properly’ and to show off the owner’s wealth and taste. In particular, Tenmoku style cups, either imported from China or produced (read: copied) in Japan, were preferred. These were often dark colours with smooth, balanced shapes and a shiny glaze. These had been the standard effectively since the beginning of tea drinking in Japan.

This would not last, however. With the latter years of the Muromachi period came a shift in tastes towards rougher, more humble ceramics made in Japan by Korean immigrants, as opposed to the balanced and smooth Chinese standard. A succession of tea masters, starting with Murata Shukō (1423-1502) and culminating in Sen no Rikyū (1522-1591), effectively shifted the style to that of wabi-sabi, a Japanese aesthetic emphasising ‘cold and withered’ motifs and simple, humble utensils. This came to be known as wabicha.

And so we come to today’s styles, which remain strongly influenced by the wabicha tradition. In the Edo Period (1603-1868), the best chawan came to be Japanese made — this was the birth of Raku, Hagi and Karatsu wares, which are considered some of the best for tea ceremony. Some from this period are still used today for special occasions.

Part of the order of the tea ceremony requires the guests to examine and sometimes discuss the chawan after drinking from it. Chawan have always been objects of significance, either for wealth and taste (both through their association with tea and in themselves) in the early years of… well, wealth and taste. Some of the most apparently plain bowls can be the most expensive, and tea masters and hosts take great care to select utensils that match the theme they have in mind. Nevertheless, suffice to say that chawan are made for more than just holding tea.

Wabi-sabi design often holds the texture and material of an object in high esteem. For ceramics, this means not just the clay but the glaze and patterns. Raku ware, for example, is typically hand-shaped, which can leave finger marks and uneven lines in the shape. Many bowls will feature uneven glazes or maker’s marks in prominent places, to draw the eye and invite thought and comment. Karatsu chawan can combine multiple glazes, allowing one to reveal or accent the other, or can simply be left undecorated to allow the natural patterns of the clay to shine through.

Colour is a consideration that remains rather historic. Early Chinese-imported chawan were very commonly black. This was considered the ideal colour for light tea, but with the move to wabicha came a new respect for natural, earthy colours. While many Raku utensils are indeed still black, Hagi and Karatsu wares often have subdued colours. Hagi in particular is known for its gentle earth tones, which contrast spectacularly with bright green matcha. Nowadays, however, nearly any colour can be used, depending on the season and theme of the party being held.

Fundamentally, then, chawan design remains highly sensitive to material and production. As in most wabi-sabi influenced design, the fundamental characteristics of the clay and of the potter’s hand are foregrounded. While this has come about as a result of historical precedent, the focus of wabicha design is all the more striking in our age of true mass production.

If you’re looking for unique and authentic chawan and purchasing online, make sure you’re getting the read thing. Here is one site where they’re selling from Japan, with top quality items and exquisite designs.

An Introduction to Japanese Teacups: What is a Yunomi?