An Introduction to Japanese Teacups: What is a Yunomi? - Art of Japanese Tea
Skip to content 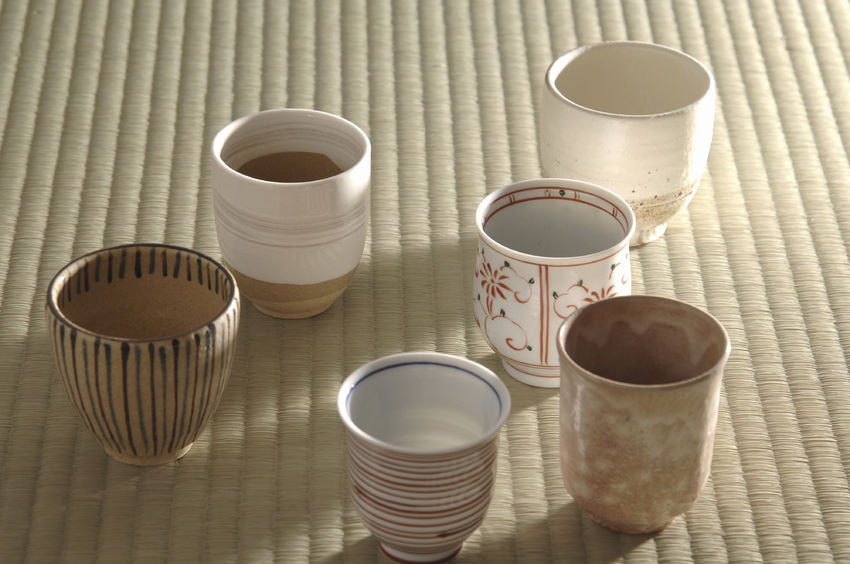 Yunomi: A Tea Cup Without a Handle

If the idea of a teacup without a handle baffles you, you’re not alone. For many Westerners, it might be similar to the first time you saw chopsticks and wondered how they were used.

For centuries, the Chinese have brewed and served tea in a handle-less teacup or bowl, and it’s an essential part of the traditional Chinese tea culture.

So, when tea came to Japan from China, it was natural that the shape of Japanese tea cups was influenced by the Chinese and followed a similar form. Since the tea cup has no handle, you have to grasp it with your right hand, with your left hand cupping the bottom for support.

When you hold the teacup this way, you’re also able to enjoy its warmth—traditionally, Chinese and Japanese tea is served at a much lower temperature than boiling water, in particular as green tea gives the best flavour when the water is at around 70 degrees Celsius. A teacup without a handle also serves as a medium to gauge if you have served the best tea!

Yunomi is the most common type of Japanese teacup, made for daily or informal tea drinking. The cups come in many forms and are usually cylindrical in shape, with the ideal size being between 90 ml to 160 ml.

There are many varieties of yunomi pottery styles that go as far back as the 16th century. The most common styles for yunomi are:

Yunomi, Chawan, and Matchawan: What are the Differences?

Most Japanese people drink either sencha, bancha, or kukicha tea from a Japanese teacup or yunomi, on a daily basis.

Chawan is a wide bowl used to drink matcha in the ritualised Japanese tea ceremony. It’s either conical, half-cylindrical or cylindrical in shape with a curving interior wall at the bottom. Hence, chasen, a bamboo whisk can easily reach all corners when preparing matcha. The smooth interior won’t damage the chasen and it’s not too heavy, allowing for a comfortable hold in the palm. Chawan is also used in the daily drinking of matcha.

Matchawan is a ‘bowl for powdered tea’ however chawan is already defined as a ‘tea bowl for matcha’, creating some confusion. In recent years, matchawan and chawan has been used interchangeable, with chawan being the more popular term.

The charm of stoneware yunomi comes in the form of the changes in its character and colour tones over time, and with its use. This is unlike the porcelain type, which doesn’t change with the passing of time. If you’re looking to experience the essence of wabi-sabi and traditional Japanese tea culture, purchasing a stoneware yunomi is a worthwhile investment.

Both stoneware and porcelain yunomi are made by most potters in Japan, from large-scale production to unique one-of-a-kind designs. The pricing also varies, with cheaper yunomi being significantly less expensive than smaller-size guinomi or sake cups, and finely made artisan yunomi costing up to ¥10,000 or more.

What is Meoto Yunomi?

Meoto yunomi is a set of two matching yunomi, with one being bigger than the other. A traditional wedding gift in Japan, the larger cup symbolises the ‘husband’ and the smaller cup the ‘wife’. Both yunomi are usually of the same pattern while sometimes in different colours, and make a great souvenir or gift for newlywed couples.

Wabi-sabi is a Japanese concept that cannot be easily described. In pottery, it embodies simplicity, naturalness, and imperfection of the pottery material and techniques used.

The potters will mould the vessel by hand, bake it at a low temperature, and allow it to cool gradually. The item is then removed from the kiln and dipped either in straw or water. These processes produce the distorted, warped and crackled effect, which is an embodiment of wabi-sabi in the pottery piece.

This technique produces a rustic style through intentional design, and not from sloppiness, and results in an irregularly shaped yunomi with pits, cracks or uneven colours. This is a striking visual contrast to the aesthetics of Western ceramics, and adds an element of appreciating traditional Japanese art with every sip of your daily cup of tea.

If you are looking to buy a yunomi, or are simply curious about designs have a look at this tea set page for inspiration, with full tea sets and details to finding the best tea cup for your preferred drop.

Chawan: An Intro to the Gracefully Simplistic Japanese Tea Bowl

3 Comments on “An Introduction to Japanese Teacups: What is a Yunomi?”