Warning: "continue" targeting switch is equivalent to "break". Did you mean to use "continue 2"? in /home/bokan/artofjapanesetea.com/public_html/wp-content/plugins/jetpack/modules/infinite-scroll/infinity.php on line 155
 The Top 10 Wagashi Shops in Tokyo - Art of Japanese Tea
Skip to content 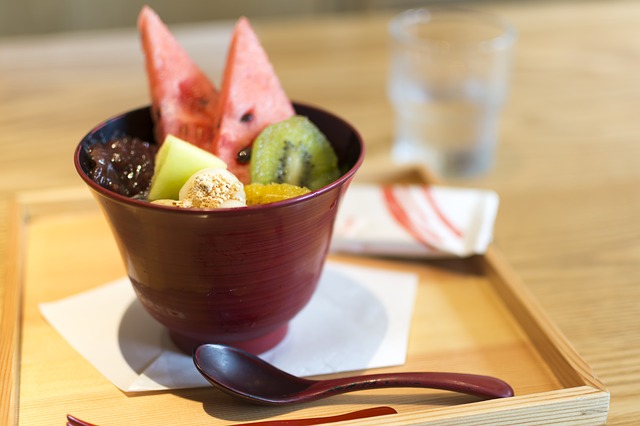 While the readers of this blog probably have a taste for matcha, we must admit that matcha alone can get a bit bitter. Enter wagashi: small sweets designed to be eaten while drinking green tea, especially during tea ceremonies.

While early Japanese sweets consisted solely of fruits and nuts, by the end of the Muromachi Period (1336-1573) the sugar trade with China meant that the ingredient was commonplace around Japan. Flash forward to the present day, and there are dozens of varieties of sweets, characterised by delicate construction and natural ingredients.

Almost all contain red azuki beans, often in the form of anko paste, and mochi is also common. They can also be divided into two main categories. Namagashi  have a higher moisture content and often softer and more delicate at the cost of shelf life, while higashi, are drier and tend to be made of hard pressed sugar and rice flour.

As well as being tea ceremony staples, wagashi are commonly bought as souvenirs and gifts. What better excuse, then, to take a tour around some of Tokyo’s best wagashi shops? Without further ado, here are ten of our recommendations:

Dorayaki is arguably one of the more humble wagashi around, but as a result is also one of the most accessible. The favourite food of the anime character Doraemon, dorayaki is traditionally a blob of azuki sandwiched between two pancakes. Usagiya in Ueno was founded in 1914 and is credited with inventing this style, though they sell others. Be sure to come early, however: they sell dorayaki only between 9:00am and 9:10am. Yes, ‘am’.

Toraya is a titan of the wagashi world, with 500 years of experience serving the imperial court and multiple branches around Tokyo. Their main shop in Akasaka will reopen later this year, but they have other branches in Ginza, Marunouchi, Hibiya, Roppongi and Nihonbashi. Their produce is varied, but they’re best known for yokan: a jelly-like bar of red bean paste that’s one of the oldest and most traditional wagashi—fitting for a shop with such history.

Aono was founded in 1899 and now has five branches across Tokyo. Their speciality, Akasaka mochi, comes wrapped in a beautiful furoshiki cloth and features brown sugar and walnuts kneaded in with the rice cake. They also stock a constantly rotating selection of seasonal namagashi if you want an excuse to eat everything on the day.

Tokyo Mise’s parent company, Tsuraya Yoshinobu, has been making wagashi in Kyoto for over two hundred years. Their Nihonbashi branch, however, is right up to the moment, with an emphasis on counter-served namagashi. Visitors can see sweets being made right before their eyes by the head confectioner before tucking in with a cup of matcha. Special mention must also go to the towering macha kakigori—green-tea flavoured shaved ice treat complete with red bean paste and little balls of mochi.

While its age is nothing to be sniffed at (founded in the 18th century), Echigoya’s real draw is its exclusivity. Visits must be booked at least a day in advance, and the selection is famously small—often just two rotating options and the perennial yokan, for which Echigoya is well-known. It isn’t cheap, but thankfully has a decent shelf-life. Booking details are unfortunately Japanese-only, but most major hotels will be able to organise a reservation if you’re ready to take the plunge.

Easily accessible from Ueno Station and with an uncommonly large menu by wagashi-store standards, Mihashi has branches all over Tokyo. It’s main focus is anmitsu, a longstanding favourite based on cubes of agar jelly, fruit, and the perennial azuki beans. Notable too is the presence of savoury items, such as oden, if you fancy a light meal rather than just a taste of sweetness.

All the shops on this list pay attention to the seasons—it’s a fundamental aspect of wagashi. Sasama stands out by having a menu almost entirely composed of seasonal produce, which changes every month. Their (Japanese) website lists each month’s offerings, so you can plan in advance provided you speak the language or trust photos.

Another ultra-specific shop, Gunrindo is known for its mame daifuku—mochi balls with azuki in the centre and chunks of red beans kneaded into the outside. Like dorayaki, these are popular all year round, but Gunrindo has queues before opening time and closes when the day’s stock is sold. Get there early and buy a few extra for later!

Kuuya is the home of monka, which is made of azuki filling inside a crispy rice flour shell. Founded in the Meiji Era and a favourite of the celebrated Japanese author Natsumi Soseki, it’s another exclusive entry on this list. Monka needs to be reserved in advance, so this is one you can’t possibly miss out on if you’re a fan of wagashi with a literary heritage.

A number of the entries on this list trade on their history, but Shiose Souhonke takes the azuki-filled biscuit, having been founded in Nara in 1349. Their speciality, manju, are buns filled with, you guessed it, red bean paste, and their original hon-manju recipe hasn’t changed in over 600 years. While their main branch is in Tsukiji, they have a number of other stores around the city, as well as a large menu of offerings and even Hello Kitty-themed wagashi.

And there you have it. As you can see, while many shops are concentrated around certain shopping districts, there are some real gems to be found all around the city proper. Now just be sure not to eat them all at once!

Not sure which tea will go best with which treats? Check out our guide to matching tea and snacks here!

Jack
Jack is a is a British-born, Yamagata-based teacher, writer and photographer. He yearns alternately for the chance to drink tea quietly, walk in the mountains for a very long time, and hit someone repeatedly with a stick during kendo training.